A little hill town in Uttarakhand known for its extreme. Along with offering a stunning view of the Himalayan ranges, the town of Mukteshwar is famous for rock climbing, rappelling, and many other adventure sports. Fruit orchards, coniferous woods, undulating meadows, temples, and, of course, waterfalls are just a few of Mukteshwar’s tourist attractions.

Mukteshwar is a site to see for nature enthusiasts. Tourists are drawn to the picturesque town because of its breath-taking views, which are found at a height of 2171 metres (m). It is 51 kilometres (Km) from the city of Nanital and has good transportation. This ideal location provides the ideal panoramic view of the majestic Nanda Devi and other Himalayan ranges. Its forests are home to a variety of unusual plants and animals, and early in the morning, you may hear the lovely symphony of the woodland birds. The revered Hindu temple on top of the hill, from which the town derives its name, adds to the beauty of this location. The Mukteshwar Dham temple, which is dedicated to Lord Shiva, is the primary draw of this hill town in Uttarakhand’s Kumaon region.

According to Jim Corbett’s book “The Temple Tiger,” Mukteshwar was formerly known as Muktesar; the name was altered in 1947. In their own tongue, many residents continue to refer to it as Muktesar. Before it was chosen to produce serum to protect animals from cow plague in 1893, the location was well-known for its shrines and temple. The Imperial Bacteriological Laboratory was founded on 09 December, 1889 in Pune and moved to Mukteshwar in 1893 at the Cattle Plague Commission’s proposal in order to assist the segregation and quarantine of highly infectious pathogens. The Mukteshwar laboratory was first finished in 1898 but was later completely destroyed by fire. In 1901, it was revived. Then, Rs. 50,000 was spent annually on research.

It ultimately evolved into the Indian Veterinary Research Institute (IVRI), whose headquarters was relocated to Izatnagar. Still Mukteshwar has the IVRI’s hill campus, which includes amenities including a goat farm used for research. 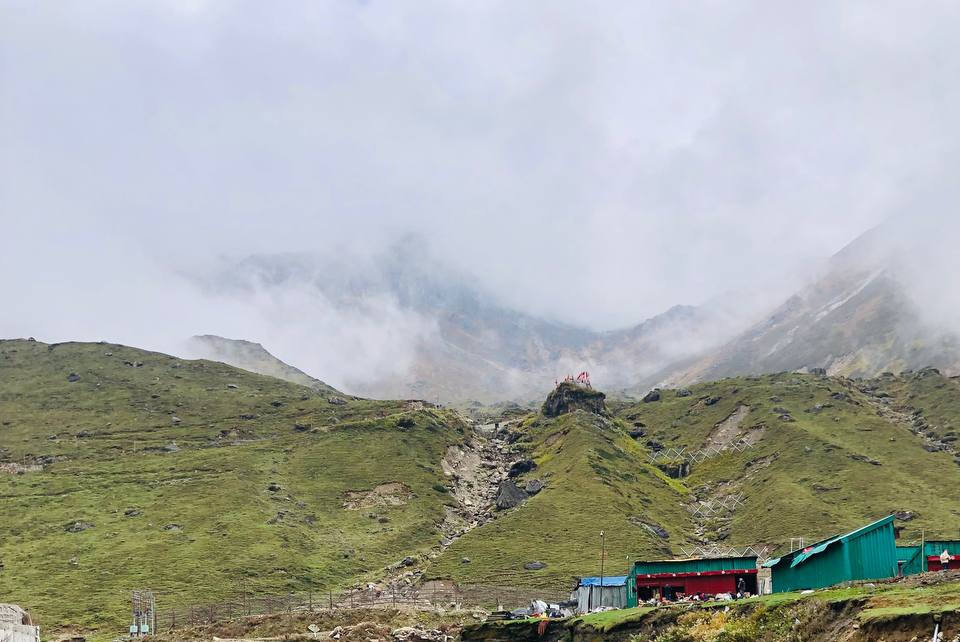 By Air: Mukteshwar is 100 Km far away from its closest airport Pantnagar. To go to the Mukteshwar, find a cab. There are daily flights available.

By Train: The closest railroad station, at 62 kilometres, is Kathgodam Railway Station. Kolkata, Delhi, and Lucknow are all easily accessible from this railway station. In order to finish your journey, taxis are available nearby.

By Road: The Mukteshwar Bus Stand has a road connection to Kumaun & other northern towns. From ISBT, Anand Vihar, buses may be taken to Haldwani. Private buses and luxury buses are also offered throughout the route for dependable services.

The weather during these months can be chilly with the average minimum temperature of 5°C in most of the towns. The majority of the locations are covered in snow from December to February, making them ideal for planning a vacation with friends and family.

The summer season in Uttarakhand starts in April and lasts till June. During these months, the temperature in the state varies from 20 to 38°C, the evenings are noticed to be quite soothing and the temperature drops significantly during the night at most places.

The state of Uttarakhand experiences monsoon from July to September. This period of year is not recognised as the ideal season as compared to other two seasons. The temperature ranges from 15°C to 25°C.

This temple, which is devoted to the heavenly lord Shiva, has a special place in the hearts of Hindu believers. The 350-year-old temple is conveniently located about one km from the Mukteshwar market and is situated at a height of 2312 m above sea level. Once you arrive, you could see the temple’s modest, minimalistic construction and the exquisitely carved Shivling that is surrounded by the statues of Vishnu, Brahma, Ganesh, Parvati, Hanuman, and Nandi.

A further Mukteshwar tourist feature is the Methodist Church, which travels down a path chiselled out of rocks by onlookers on the way to Chowfulli. Worshippers like visiting the church on Sunday to discover the mystery of its little wooden entrance.

Only a few kilometres separate Dhanachuli, a little hamlet in Uttarakhand, from Mukteshwar.  The town is about 40 Km from Bhimtal and is gifted with picturesque scenery.

A recently found tourist destination in Mukteshwar is Bhalu Gaad Waterfalls. The falls are less crowded and cleaner than other falls in the state since they are a new attraction in Mukteshwar. It is an 18 m tall waterfall with an unknown source that becomes a jumbled horseshoe form as it plunges near the finish.

Mukteshwar Inspection Bungalow, one of the most stunning locations in the city, has a fascinating past. It is a marvel of architecture that is located near to the temple and is endowed with stunning scenery all around it.

The location, which was founded in 1893, is credited with significantly advancing veterinary research in India. The school itself is spread out across a wide region, leaving a significant colonial legacy in Mukteshwar. It is a serene location to explore. The setting’s architecture is strongly influenced by British design.

Indulge yourself in blood-pulsing outdoor adventures- paragliding, cycling, rock climbing, waterfall trekking, and other activities are ideal to rejuvenate yourself and your spirits. Catch a view of the serene waterways, forested surroundings, and lush vegetation. Engage in thrilling activities and adventure sports in Uttarakhand to feel the rush of adrenaline.

The Chauli ki Jaali, which is perched on a cliff behind the Mukteshwar Temple, provides a magnificent view of the Himalayas and the Kumaon region’s valley. This is a site where you can easily spend the day by yourself. You may simply sit quietly and gaze out at the valley and the horizon, engage in adventure sports, or watch Himalayan birds. This area is perfect for activities like rock climbing, zip line, and rappelling due to its location and rugged cliffs.

Some Other Key Points of Mukteshwar

Sitla- Sitla, is well known for its colonial-style houses. Sitla is covered in lush trees and offers relatively expansive views of the Himalayan peaks Panchachuli, Trishul, and Nanda Devi.

Ramgarh- Ramgarh, a tiny village, is a popular destination for those who wish to unwind amidst orchards. the settlement that served as a cantonment under the British.

Nathuakhan– A tiny, isolated community in the Kumaon highlands near Mukteshwar that attracts tourists with its breath-taking natural beauty.

Peora- The fruit basket of Uttarakhand is Peora, the Himalayan Mountain ranges are beautifully visible from this ecotourism location.

Which time of year is ideal for a trip to Mukteshwar?

The greatest time to visit Mukteshwar is whenever you want to because the weather is always lovely there except monsoon season.

When tourist can enjoy snow in Mukteshwar?

In Mukteshwar, snowfall is possible during the months of December and January. Despite the limited snowfall, it is an amazing and spectacular experience.

How many days will be sufficient for Mukteshwar?

A few days or so. Only those who enjoy nature, treks, and trails should visit Mukteshwar, which is located in the Kumaon area close to Nainital. You should really stay for two to three days.

Does Mukteshwar have a hiking trail?

Trekking excursions are quite popular in Mukteshwar because they offer the ideal balance of adventure and amusement. There are several excellent hiking paths nearby. The trek routes include names like Peora to Mukteswar, Peora to Almora, Riverside Trek, and Binsar to Artola Trek that begin from various locations.

What are the best ways to get about Mukteshwar?

Haldwani, Nainital, Almora. One can also reached by bus easily from ISBT Delhi. In addition, getting to Mukteshwar via taxi is simple. To get to the Kumaon village, many private bus companies also run luxurious buses.

Thank you for visiting our website- “Your Fact Houses” (www.your.facthouses.com)